CICC Continues Its Dialogue with the Chinese Authorities 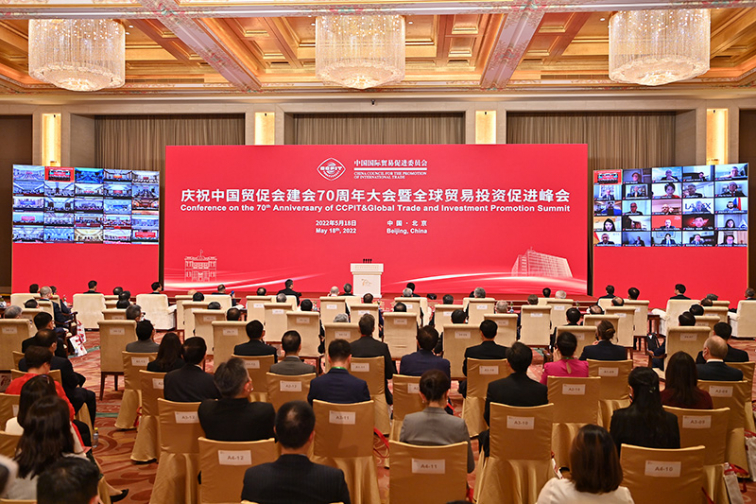 The conference and summit organized by the China Council for the Promotion of International Trade (CCPIT) on the occasion of its 70th anniversary took place on May 18th and 19th, 2022. The China-Italy Chamber of Commerce (CICC) participated by invitation in both events with the Chairman Mr Paolo Bazzoni (May 18th) and the Board Member in Beijing, Ms Sarah Orlando (May 19th).

The opening ceremony was attended by top leaders of the People's Republic of China, including Chinese President Xi Jinping, who delivered a speech via video, and Chinese Vice Premier Hu Chunhua, who hosted the meeting.

The event, which had as its main theme "Bring together trade promotion forces for openness and development", was attended by Chinese and foreign state leaders, heads of major international organizations, global trade promotion agencies, and business associations as well as well-known business leaders, with more than 200 online participants.

"Congratulations to CCPIT for this important milestone! The China-Italy Chamber of Commerce is honoured to be here today, committed to a proactive and fruitful dialogue with Chinese partners in order to quickly recover together the difficult moment and move forward together for sustainable future development." (Paolo Bazzoni, Chairman of the China-Italy Chamber of Commerce)

During the first part of the Summit, the speakers, both Chinese and Foreign alike, underlined the importance of multilateralism, the need to seek dialogue rather than confrontation, and the importance of China’s confidence in its own strengths and determination to opening up.

Leveraging on the Role of the Business Community will be key, as Business is the main driver for Innovation, digital transformation and technological innovation still representing a crucial part.

CCPIT is committed to keep working as a key link between the Chambers of Commerce and the Government, and welcomes the Surveys and Analysis carried on by the chambers, and is committed to giving its own recommendations when presenting such data to the government.

Working on such recommendations is fundamental for stabilizing foreign trade and investment, especially now that there is a downward pressure on the global economy, and working together and trusting each other is necessary when addressing the crisis together.

During the second part of the Summit, the importance of Green Growth and Climate aspects have been mentioned ask key for Innovation, and several speakers mentioned the important ties and steps forward done by each country with China on such path. In this session, the Greater Bay Area was also reconfirmed as the center of technological innovation.