POST EVENT - Webinar: Asia-Pacific A to Z: Discover Every Market of the Fastest-growing Region - 26th January 2021

The China-Italy Chamber of Commerce (CICC) and the Italian Chamber of Commerce in Hong Kong and Macao in collaboration with RsA – Asia Tax Advisors are glad to inform you that the Webinar Asia-Pacific A to Z: Discover Every Market of the Fastest-growing Region took place succesfully via Zoom on January 26th, 2021.

Mr. Lorenzo Riccardi, RsA's expert, was the speaker of the webinar. He discussed about different regional economic partnerships in force at present, with the aim of understanding the trade agreements in effect, among which the Free Trade Agreements, the Trans-Pacific Partnership, and the new Regional Comprehensive Economic Partnership Agreement. 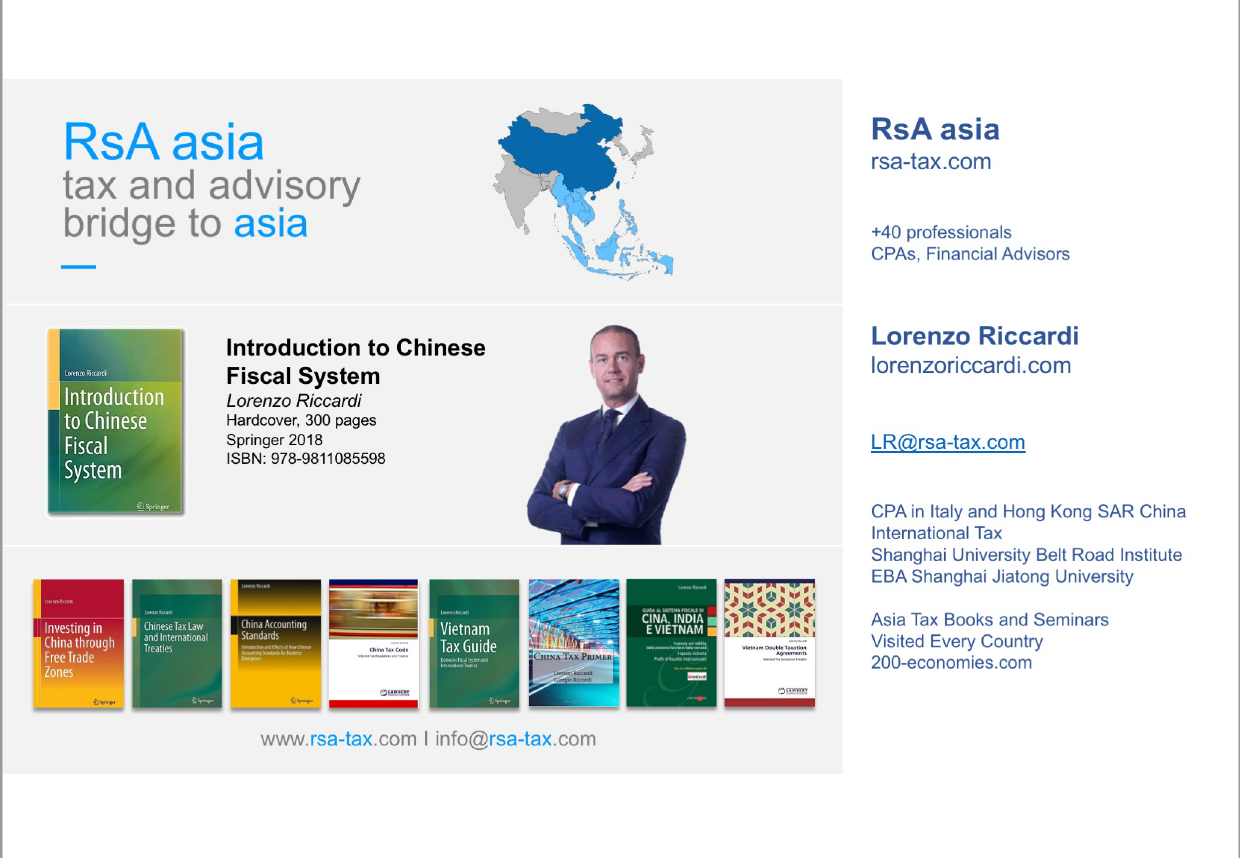 The webinar had as focal point the geo-economic relationships of Asia and the Pacific Regions and partecipants have been guided by the speaker through a detailed analysis of who are the key players of every region, together with their peculiar features with respect to their market of reference: Middle East, Central Asia, East Asia, South Asia, Southeast Asia, and Oceania.

What we learned mainly is that due to the region, economy has different income level, and the term "economy" does not imply political independence but refers to any territory for which authorities report separate social or economic statistics.

More in details, China is the top economy with a nominal GDP of 14.1 USD trillion, and became the main trading partner of most of the economies in the Asia-Pacific region. In some economies located in the Central Asia or in Oceania, the total trading with China exceeds three times the amount of trading with the United States (Bhutan, Israel, Jordan, Bahrain).

The Webinar was lastly closed by section of Q&A, during which the participants brought up many interesting and inspiring questions related to the topic.

The CICC, the Italian Chamber of Commerce in Hong Kong and Macao and RsA – Asia Tax Advisors would like to thank all the participants and wish to meet you again in the next online webinars.