The China-Italy Chamber of Commerce (CICC) is glad to announce that the Launching Ceremony of the Sino-Italian（Jiaxing）International Cooperation Demonstration Zone was successfully held in Jiaxing on Wednesday, 10th of March, 2021.

The event was an opportunity to announce the "Sino-Italian International Cooperation Demonstration Zone” project, together with a signing ceremony for the agreements concerning various cooperation projects between Jiaxing and Italy. 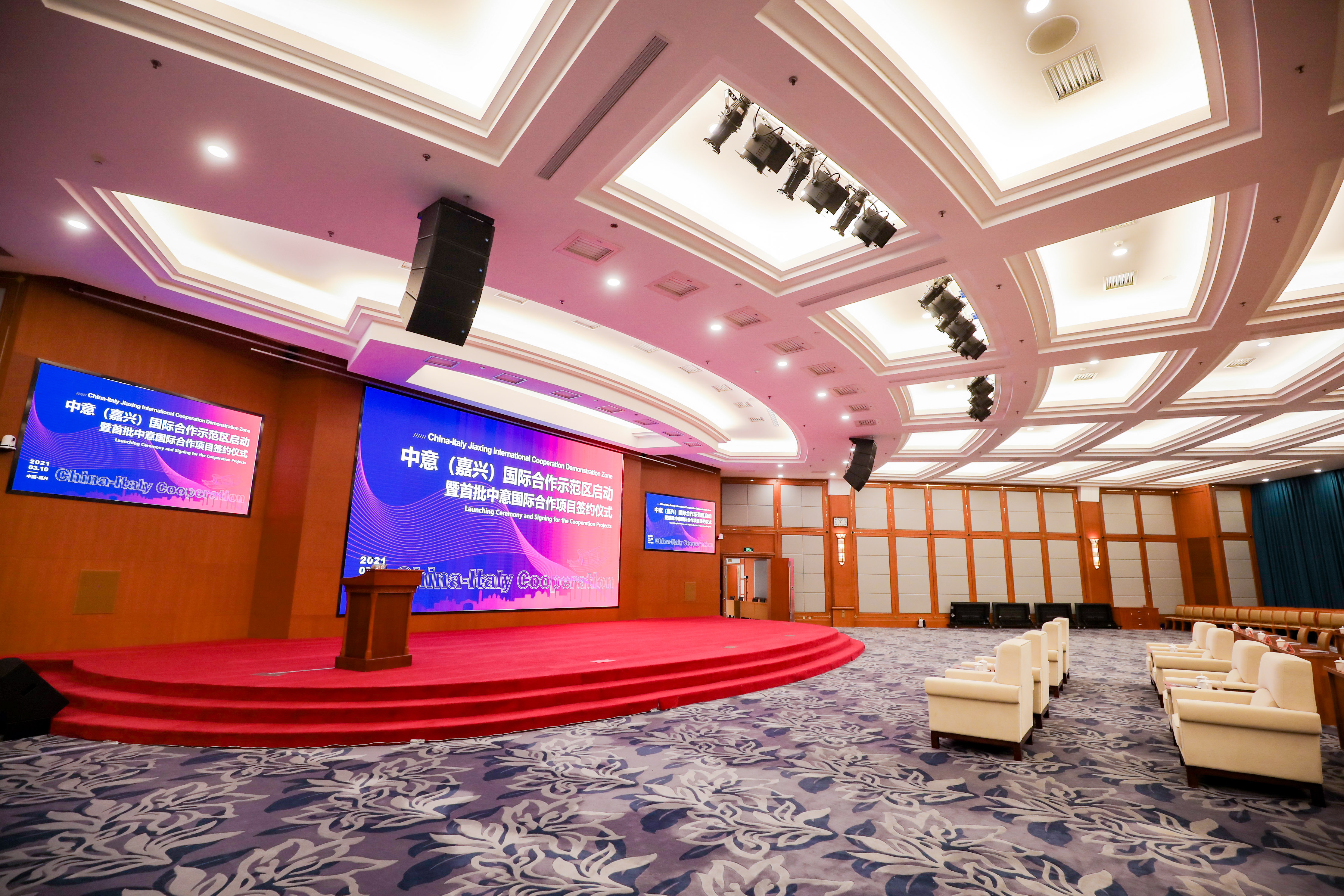 Following, the signature of a Memorandum of Understanding (MoU) between the China-Italy Chamber of Commerce (CICC), the Jiaxing Municipal Bureau of Culture, Radio, Television and Tourism, and the Zhejiang Maylink Culture Development Corporation. In order to promote the "Sino-Italian Food Culture Festival" held in Jiaxing, the three parties reached a Framework Agreement, with Valtero Canepa, CICC Vice-Chairman in Shanghai, virtually attending the ceremony. 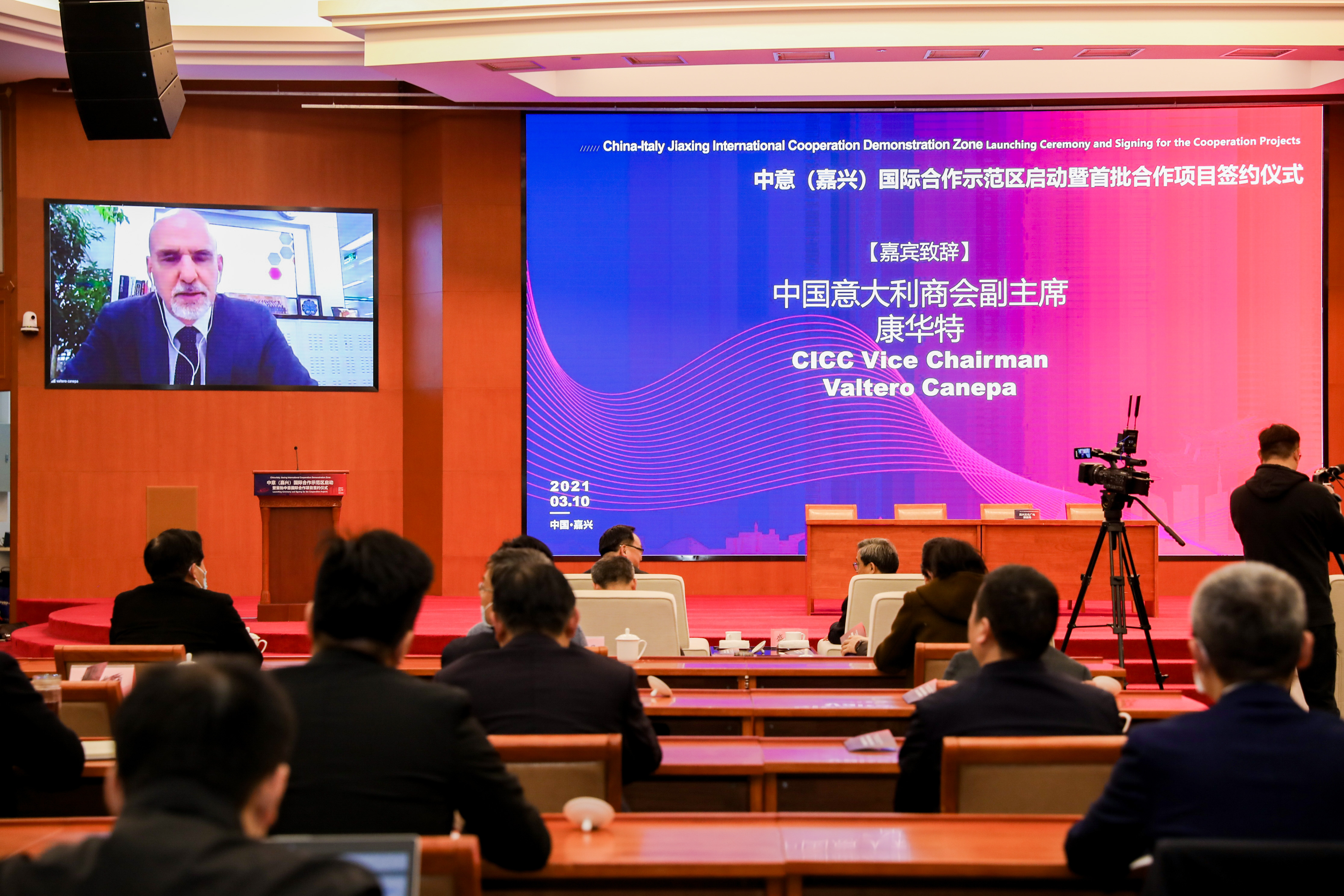 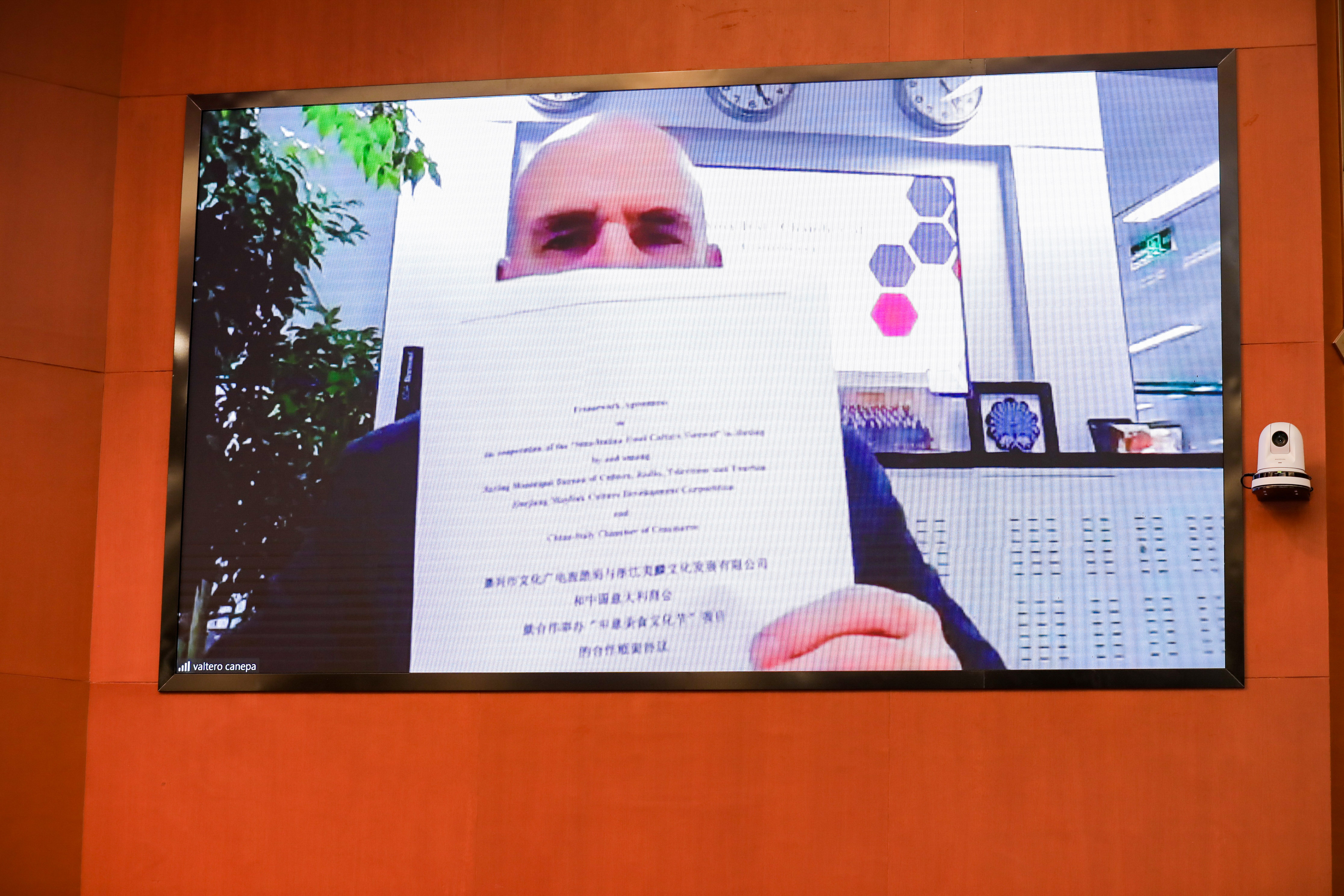 The goal of this Memorandum of Undestanding signed by the China-Italy  Chamber of Commerce (CICC) is to bring together Italian Food and Jiaxing traditional food exhibitors to hold the "Sino-Italian Food Festival" event in Jiaxing. The main purpose is to strengthen the Sino-Italian gastronomic cultural exchange and show the characteristics of gastronomy from China and Italy. In addition, to fully implement the agreement reached by the central government of Italy and China in relation to the cooperation in economic and trade investment, technological innovation, culture and education, a series of international cooperation projects have been launched by Jiaxing City with Italy. The event has also been an opportunity to joint the force of each side to reduce the impact of the Covid-19 outbreak, create a model for the implementation of the Belt and Road Initiative, and of the Yangtze River Delta Integration Plan, as well as to accelerate the construction of the "Sino-Italian International Cooperation Demonstration Zone". The time of the "Jiaxing Sino-italian Food Culture Festival" will be determined according to the actual situation afterward, and the location will be the Commercial Travel District of Meiwan Street, Jiaxing.