The Logistic Working Group LWG of the CCIC is going to publish monthly news about the most important and significant info related to the logistics & transportation in China and worldwide.

Giving to all the CCIC members an inside eye from the operator's & forwarders' point of view.

Ever Given shortly after the successful re-floatation of the vessel.

The stranded container ship which ran aground in the Suez Canal on 23 March has been successfully re-floated at 04:30 local time, following an operation that included up to 13 tugs and two dredgers removing more than 27,0000 tonnes of mud from beneath the ship’s bow.

Ever Given is now being secured and it is expected that the vessel will be towed to the Port of Suez at the southern entrance to the canal, before the more than 350 vessels waiting to transit the canal can resume their journeys. Experts expect the backlog of ships at the canal to take more than a week to clear, but with many container ship schedules out of sink the effects of the grounding in European ports could be felt for much longer.

Salvage teams had been concerned about their prospects for a successful operation when it was discovered on 28 March, that the ship was beached on a mass of rock, complicating the operation. However, Suez Canal tugs did manage to move the vessel over the weekend as the tide rose, and with the extra pulling power of the two larger tugs hired for the job the ship was pulled clear of the bank.

Some 12% of global trade uses the Suez Canal with part of the waterway widened to allow two-way traffic the section where Ever Given was grounded has a channel wide enough for only one vessel. 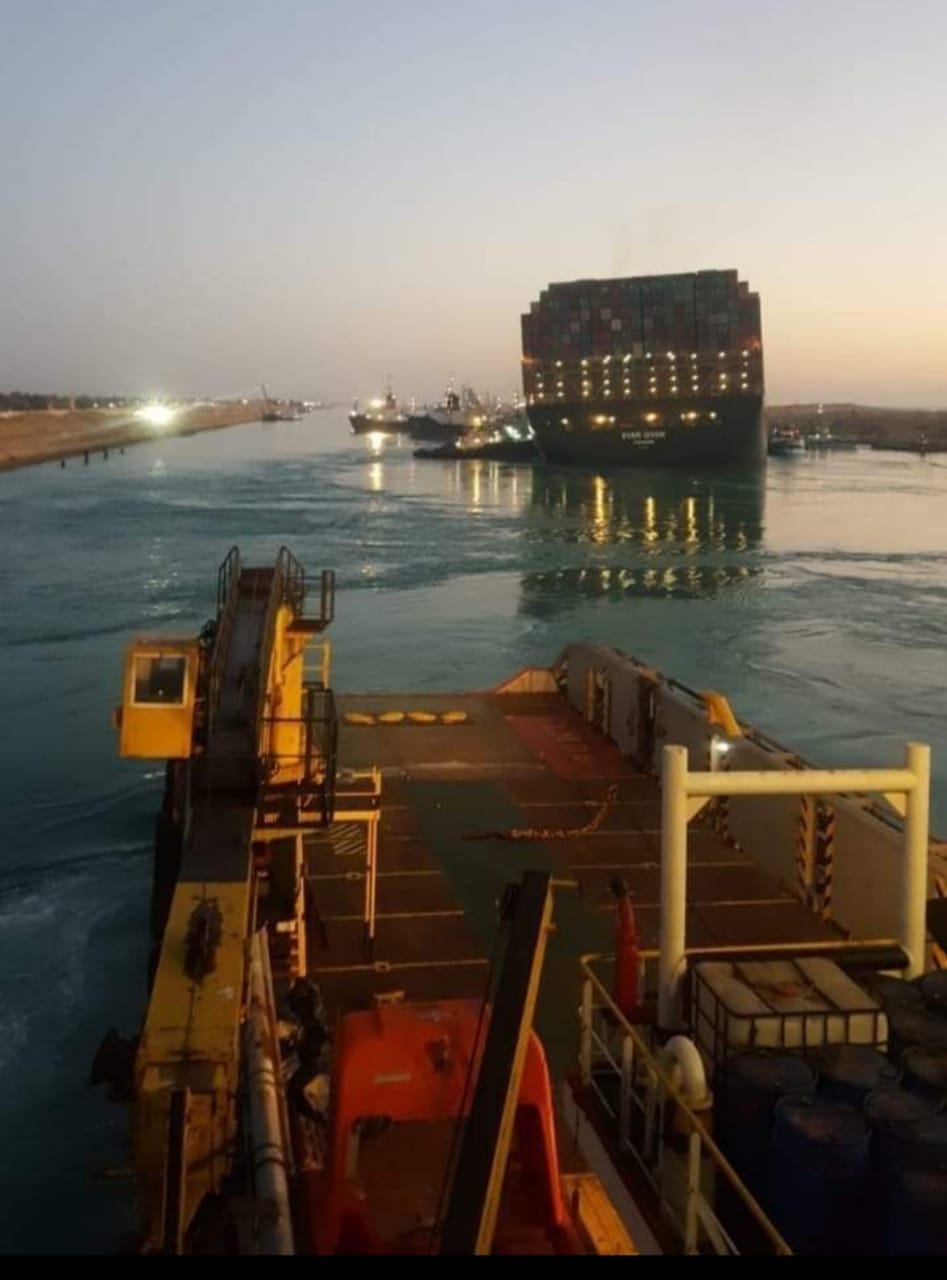 Logistic Working Group of the China-Italy Chamber of Commerce