"Foreign Investment Law in a nutshell" - Article by GWA

The China-Italy Chamber of Commerce is glad to share an article that its Member GWA has published on Foreign Investment Law in a nutshell.

Foreign Investment Law in a nutshell  [Part I] 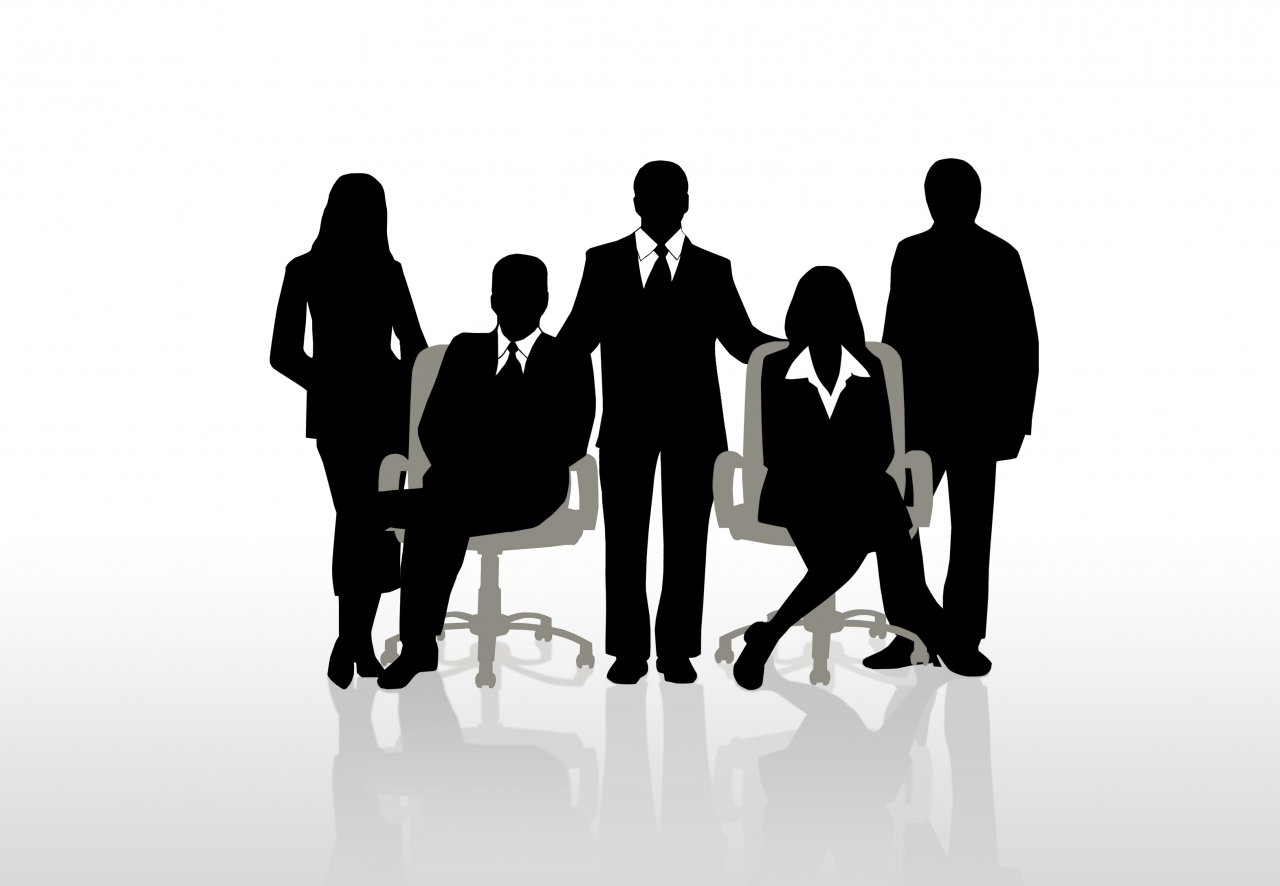 In order to provide a more detailed overview, the following analysis will merely focus on the implications of the new provisions specifically on the corporate structure of foreign invested enterprises.

Soon similar analyses will be issued covering different aspects of the FIL.

As briefly reported above among many changes, the new law conveys the long-awaited reorganization of the legal framework related to Foreign Invested Enterprises (FIE).

Special regulations for foreign entities were firstly enacted in the late 1970s. Within 10 years rules related to Equity Joint venture, Wholly Foreigner Owned Enterprises and Contractual Joint Venture were all introduced (as briefly reported below). However, since then, the number of FIEs constantly grew, while related laws not always followed up at the same pace. According to MOFCOM in 2019 around 41,000 FIEs were established in PRC, exceeding the figure of 1,000,000 existing entities in total. In the same year Foreign investments set a new high for total value of RMB 941.52 billion.

Most relevant changes of the FIL in term of Corporate Governance relates to the abolishment of these laws issued between 1979 to 1988 (and subsequentelly revised), which until promulgation of the new law, constituted the core of the foreign investment legal framework in PRC.

As a consequence, logically the new legal entities incorporated after abolishment will not be subjected to the repealed provisions but regulated by the FIL and the Company law of PRC in a more unified legal framework with less special rules and requirements. While the already existent legal entities are granted a timeframe of five years in order to comply with the new provisions.

Specifically, under the current legal framework, FIE are now less subjected to “special provisions” deriving from their foreign status, the basic principle of the new law is to shorten the gap and equalize the legal framework of the foreign enterprises with their local counterparties. Therefore in term of corporate structure, institutional frameworks and standards of conduct the same entities by express provision of the law shall now be regulated by the provisions of Company law of the PRC and other relevant laws (including Partnership law of PRC, and other relevant laws according to specific circumstances) as also appliable to the same domestic companies.

In addition as reported, corporate structure of each pre-existing entity has to be revised to be in compliance with Company law of PRC, on or before the time limit of five years beginning from January 1, 2020 as provided by the same law.

Foreign invested enterprises were firstly regulated in PRC in 1979, when Equity Joint Venture (EJV) law was adopted. The mentioned law promulgated during the Reform and Opening up period has been the cornerstone of Foreign investments in China, the first of its kind. Subsequentially, Wholly Foreign Owned Enterprises (WFOE) law and Contractual Joint Venture law were enacted in 1986 and 1988 respectively.

Abolishment of the above laws will impact the corporate governance of any FIE as well as the internal documents and the documentation to be presented to the authorities prior and after incorporation.

Firstly, in term of Corporate governance, Company Law provides that the highest body in the company shall be the shareholders meeting.

This provision will not affect WFOE (which are already aligned in this terms)  but EJVs which until now in compliance with their rules used to have the Board of Director as the highest body, will now have to comply with this new requirement and revise their structure accordingly.

Notably, while WFOE are fully foreign invested and might be also incorporated by a sole shareholder, Joint ventures are by definitions - mixed entities composed of domestic and foreign interest and shareholders. In consideration of this last aspect, these mandatory changes in the corporate structure might trigger new negotiations between the parties (e.g. during draft and revision of new version of company AOA) it is therefore important to handle the related matters with the greatest attention and care. All agreements and clauses related to the same business entity referring at the previous corporate structure shall be revised, and eventually might have to be re-negotiated as well.

Although this phase may present critical challenges to all parties of a Joint venture (Domestic and Foreigner) yet if handled properly it might reveal as a new opportunity to restructure, revise or even revive partnership.

Considering the renewed importance of the Company law provisions, the nature of the corporate documentation needed for FIEs will also change, more especially for joint ventures.

For internal documents and agreements, former JVs will now follow the AOA + Shareholder agreement’s scheme. These entities will be regulated as “domestic companies” yet deemed as “foreign invested”. In any case, a JV or Partnership agreement) might be anyway concluded privately between the parties to regulate certain aspects of their future partnership.

Finally, regarding the composition of the shareholders, due to the mentioned abolishment of JV laws, the restriction for Chinese individuals to directly participate in ventures with foreign invested enterprises no longer exist further opening business opportunities for foreign investors operating in China and bridging the gap between foreigner and local investments under PRC rules and regulations.

Practical implications are still to be fully seen considering the special circumstances related  to the tragic start of the year of the Rat (Chinese New Year “interruption” followed by the temporary disruption of many activities and investment caused by the Covid-19). In fact, even if we are currently in the fifth month of application of the law, practical instances are less than expected.

The majority of existing entities are still operating under the previous regime. Both the uncertainty and the current temporary practical limits (impossibility to carry out certain acts for incorporation, prior for PRC lockdown, followed by certain jurisdictions abroad, immigration of foreigners in PRC suspended) surely are contributing to lowering down the number of new investments and/or operations out of the ordinary, which will beg the existing entities to adapt faster to the new regime.

However, the first Business license for a foreign invested enterprise in partnership with Chinese individual, was issued in Shanghai in early January.

Both implementing regulations and SPC interpretation have been already issued, while waiting for further practice to be analysed here follows few observations regarding Corporate Governance implications of the new provisions:

1. The new provisions are applicable to all foreign invested entities in China including WFOE, but they exercise their major impact on JVs.​

2. JVs as incorporated or established prior the new FIL are to be revised in their structure, Board of Shareholders have to be constituted. However as provided by the same law the above entities might still operate for the next five years with their previous organizational structure (waiting until the end of the provided deadline might be inconvenient);

3. Whereas the JV is about to carry out some significant and out of ordinary operation (including but not limited to: increase or decrease the registered capital, transfer of shares, merge or acquire another company, etc) the structure revision shall not be postponed.

4. The structure revision and the new AOA negotiation, might be alternatively: a) painful to negotiate with the other party, or b) serve as a tool to unlock new opportunities to collaborate with the former JV partner, in fact, beside AOA all agreements in force between the parties are to be checked to avoid conflicts with the new structure, some of the same might be outdated or anyway negotiated with the same party several years ago and therefore might be no longer capable to reflect the present relationship between the parties and their longstanding business venture.

5. A new form of partnership between foreign company and Chinese individuals -previously not allowed by law - is now admitted and at investors’ disposal.

GWA is an international consulting law and tax firm based in China, with headquarters in Shanghai and offices in Beijing, Hong Kong and Bergamo (Italy).

Please find the link to the original article here.