Roundtable between CICC and Shanghai Authorities

The meeting, organized by the Shanghai Municipal Commission of Commerce and the China-Italy Chamber of Commerce, was an opportunity to bring the most pressing issues and challenges for the Italian business community to the attention of Chinese authorities.

What measures and initiatives is the government taking and will it take to protect and maintain business in this area?

This was one of the issues of greatest interest to the business community which acted as a common denominator in the questions raised by the representatives of Italian companies during the roundtable.

The Q&A session made it possible to address this and many other issues.

Shanghai Municipal Taxation Bureau and Shanghai Municipal Finance Bureau have provided suggestions to the national level to promote the implementation of personal income tax policies for some talents in line with Shanghai reality.

There have already been changes in policies in various cities in China, which have been loosened and adapted according to local conditions. What the Shanghai Municipal Commission of Commerce suggested is to being active with the changes and cooperate with the local government to know and understand the measures put in place to prevent and control the epidemic.

Since 2002, Shanghai has encouraged multinational companies to set up headquarters in the municipality. Over the past 20 years, Shanghai Municipal Development and Reform Commission has constantly optimized and improved its policies.

Shanghai Municipal Development and Reform Commission is working to ensure that businesses and market players can overcome the difficulties.

Small and micro enterprises and individual businesses in some special sectors that are most affected and need more help will benefit from preferential policies.

China has implemented a large-scale tax rebate policy, which originally required the tax rebate for medium-sized enterprises to be repaid before July 2022; the support policy was implemented two months ahead of schedule.

Shanghai has implemented a system based on the grading of light drive and development files and the Government is carry out research and management according to the grading of vision.

On May 31st, the Ministry of Culture and Tourism issued the latest policy on the circuit breaker of inter provincial clusters, which is accurate to a county and prefecture level city in the province.

Vice Mayor Zong Ming thanked the China-Italy Chamber of Commerce and our six companies for the strong support, help and trust given to the Shanghai government.

Italian companies want to continue to be recognized for their excellence in economic relations with China and the municipality of Shanghai and require support, dialogue and interaction between institutions and the business community. We reaffirm our commitment in this regard. – the Vice Mayor said. 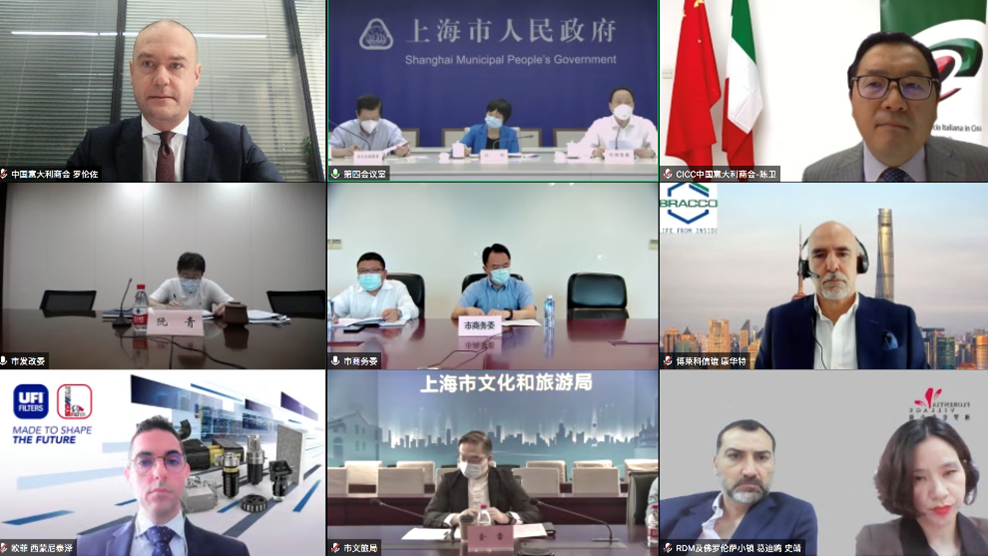