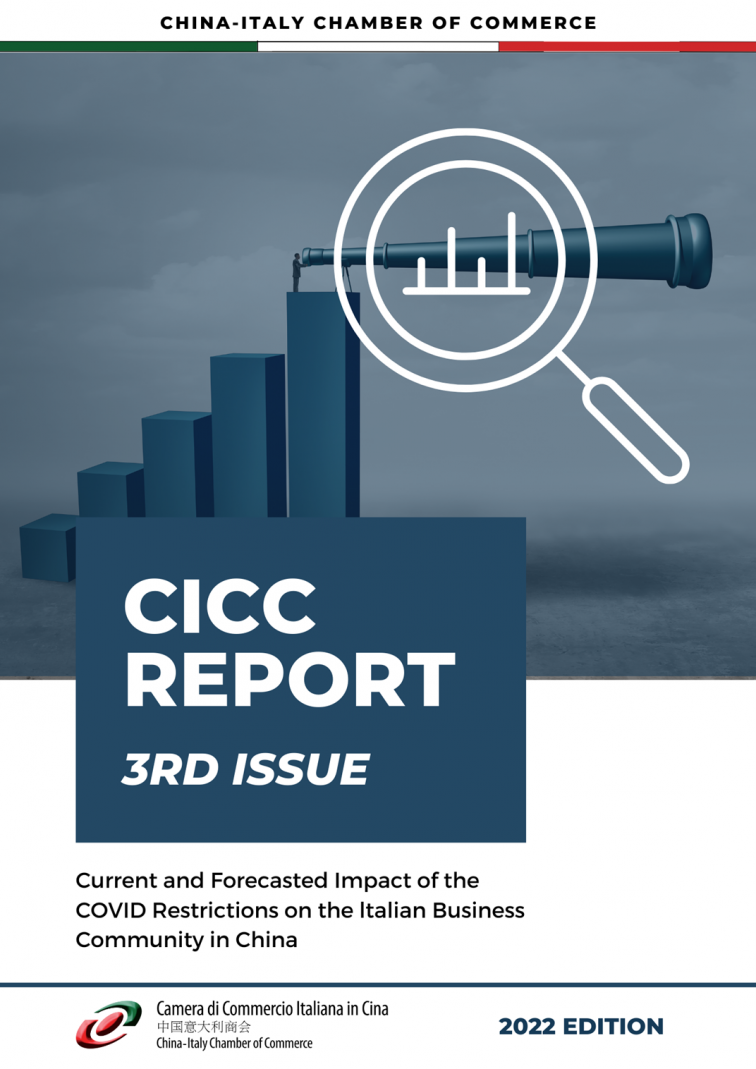 During the past few months, China has found itself in the midst of the worst outbreak of COVID-19 since the onset of the pandemic. The business and economic pressure on many Italian companies operating in China had not been so high since early 2020.

In an effort to gauge the impact of the pandemic control measures on the Italian business community across China, the China-Italy Chamber of Commerce launched three subsequent surveys. The first one ran from 16th to 22nd March, followed by a second one from 15th to 21st April 2022 and a third one, which was conducted from 6th to 13th July.

The series of these three surveys made it possible to monitor and capture the impact that six months of restrictions and hardships have had, and will continue to have, on the Italian companies’ business future in China.

The survey represents the views of our member companies operating across the country, in a variety of industries. Almost 40% of the registered Members made their voices heard.

Compared with the first survey we ran in March, and the second one in April, this third one in July shows an important change of sentiment: March mostly optimistic about resuming work and production in the short term; April gloomy and pessimistic, with Shanghai in full lockdown; July with clear improvements, although still facing many hurdles ahead.

58% of responding companies are no longer in lockdown: 28% reopened at the end of May, and 17% by the end of June.

Although the situation appears less negative, the business has not returned to normality by a wide margin, as some pandemic effects will take a long time to heal. Overall, the most significant challenge to continuing doing business in China is the massive uncertainty that pandemic measures have created.

Over 54% have returned to normal production, but 30% admit that sales are still sluggish. The remainders are still quite far from being back to their usual business activity, and 24% are still not able to clearly foresee when that will happen.

Throughout the three surveys, the main problems which emerged are:

1. Mobility, international and domestic;
2. Supply chain disruption: 70% of respondents indicate this to be their top concern;
Increase in procurement costs by 30% up to 50% or more, for over half of the companies;
3. Production delays: 54% facing delays from two weeks to more than one month;

Over 28% of Italian expats progressively decided to leave China; companies want however to retain foreign talents, with 72% not willing to replace them with local personnel.

Already 38% of companies who participated in the survey have started to diversify their supply chain and 25% have changed their business model as a result of pandemic measures. 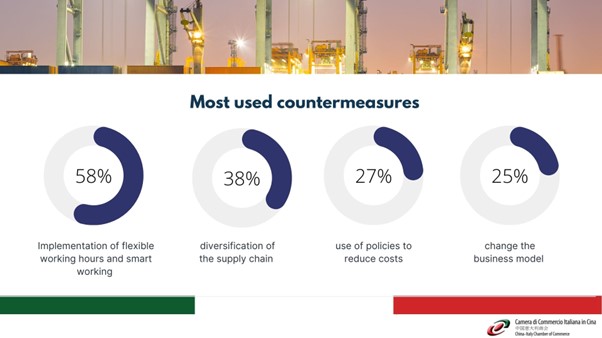 The overall financial forecast is worrying:

- Revenue in Q2 is decreasing - more than one third of Italian companies have experienced a decrease in revenue in the second quarter (Q2) of up to 30% YoY;
- The forecast for the turnover in FY2022 remains rather pessimistic: 60% foresee a negative impact, with a reduction of at least 20%;
- The estimated profit is also under pressure. More than half of Italian companies expect profit to be hit hard in 2022, with a decrease of more than 50%.

Reducing costs and applying for Government incentives have become the name of the game. Over half of our companies are trying to access government-issued incentives to support businesses - of these, over 19% have applied successfully, while about 22% are waiting for a feedback.

The Italian business community’s confidence has been put through a serious test, as the impact of China’s pandemic policies has strongly affected the general sentiment of Italian entrepreneurs.

There is still a good 46% of Italian companies who consider China as a priority for their business, but we are witnessing a growing number of them (12% in our Survey) who are uncertain about their future commitment to China. 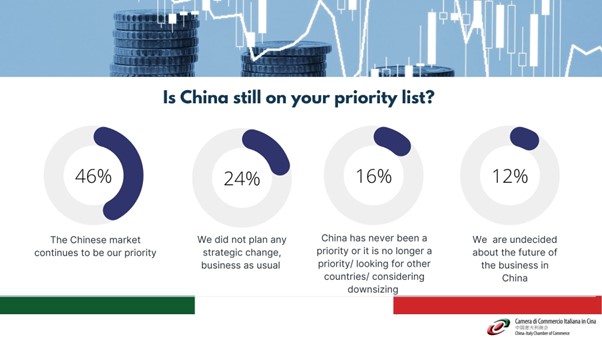